The menopausal transition is, without a doubt, a very transformative time for all women as their fertile years come to an end. Nevertheless, while some may feel readily equipped to face the challenges, others may uncertain as to exactly what it entails. Luckily, we are here to help.

Check out what newbies should know concerning the menopausal transition and how Macafem can help bring ultimate relief. 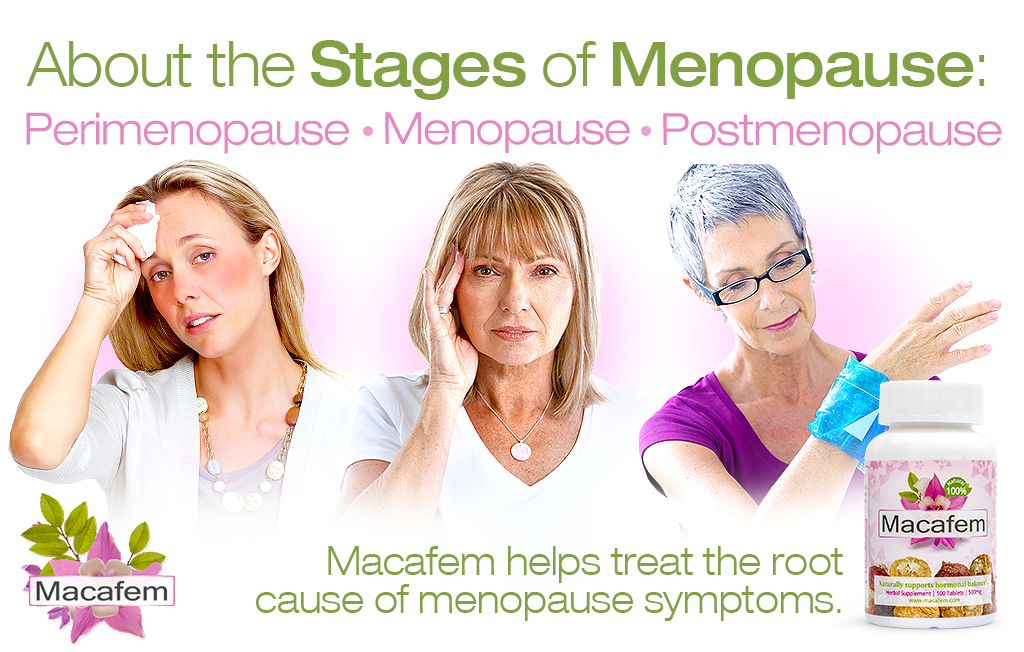 About the Stages of Menopause

Perimenopause – commonly and mistakenly referred to as menopause – is the first stage in the menopausal transition and is the time leading up to the last period.

It usually starts in a woman’s mid to late 40s, marking to beginning of the end of a woman’s reproductive functions.

As such, drastic fluctuations of estrogen and progesterone ensue, which are key hormones that drive the processes of the menstrual cycle throughout fertile years.

Menopause is a point in time in which a woman has gone twelve consecutive months without a period. Any time before this date is known as perimenopause, and from the following day on, a woman is considered postmenopausal.

The average age of menopause in the United States is 51. However, women may reach their menopause date as early as their late 30s or as late as their late 50s. Genetics play a large role in its onset.

This is the last stage in the menopausal transition, and it lasts for the rest of a woman’s life.

During this time, more serious health complications may arise in light of an estrogen deficiency, including an increased risk of developing osteoporosis, heart disease, dyspareunia, incontinence, and more.

It is important for women to realize that aforementioned perimenopause symptoms may continue into postmenopause if not properly managed and treated.

Macafem can support women throughout the menopausal transition by working with their bodies to nourish the endocrine and pituitary glands. By encouraging natural hormone production with its blend of healthy alkaloids, vitamins, and minerals, Macafem helps treat the root cause of menopause symptoms, hormonal imbalance.

Also, because Macafem does not introduce outside hormones into the body, it can be considered one of the safest options for long-term use on your path to ultimate health and sexual well-being.

So, even though you’re new to the menopause transition does not mean you have to go at it alone. Let us help guide you throughout these transformational years to make them as enjoyable as possible. With Macafem by your side, you’re always in good hands. 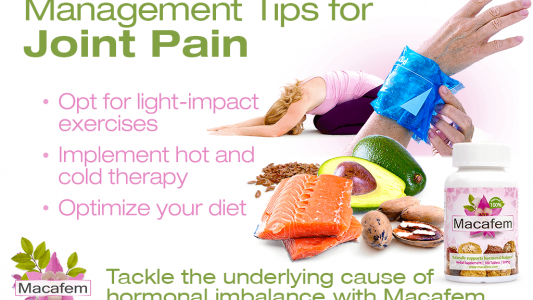 Menopause and Joint Pain: The Connection 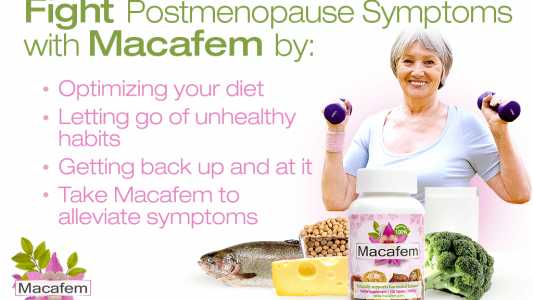 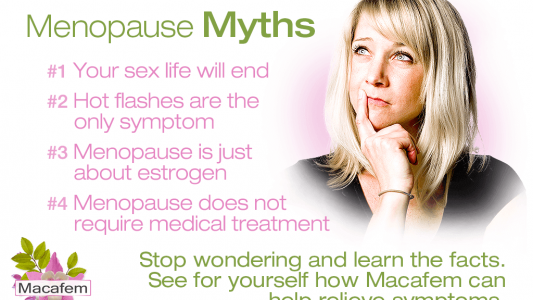 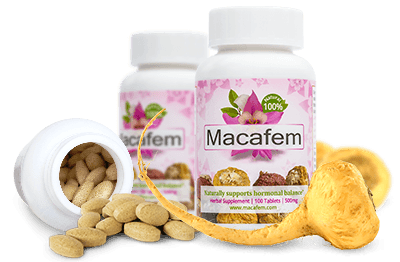